Where to Find The Cheapest Rangers Vs. Canadiens Tickets for 2019-20 Season

The Canadiens are winners of 10 of the last 13 meetings. Rangers center Mika Zibanejad is out for a week with an upper body injury, and he will be missing the first contest between the Rangers and Canadiens this season. New York and Montreal will face each other three times this season, twice at Montreal's Bell Centre and once at New York's Madison Square Garden.

Where to Find The Cheapest Bruins Vs. Canadiens Tickets for 2019-20 Season

Eastern Conference and Atlantic Division rivals the Boston Bruins and Montreal Canadiens will play four times this season – twice at Boston’s TD Garden and twice at Montreal’s Bell Centre. Below is a look at ticket prices for all four games: 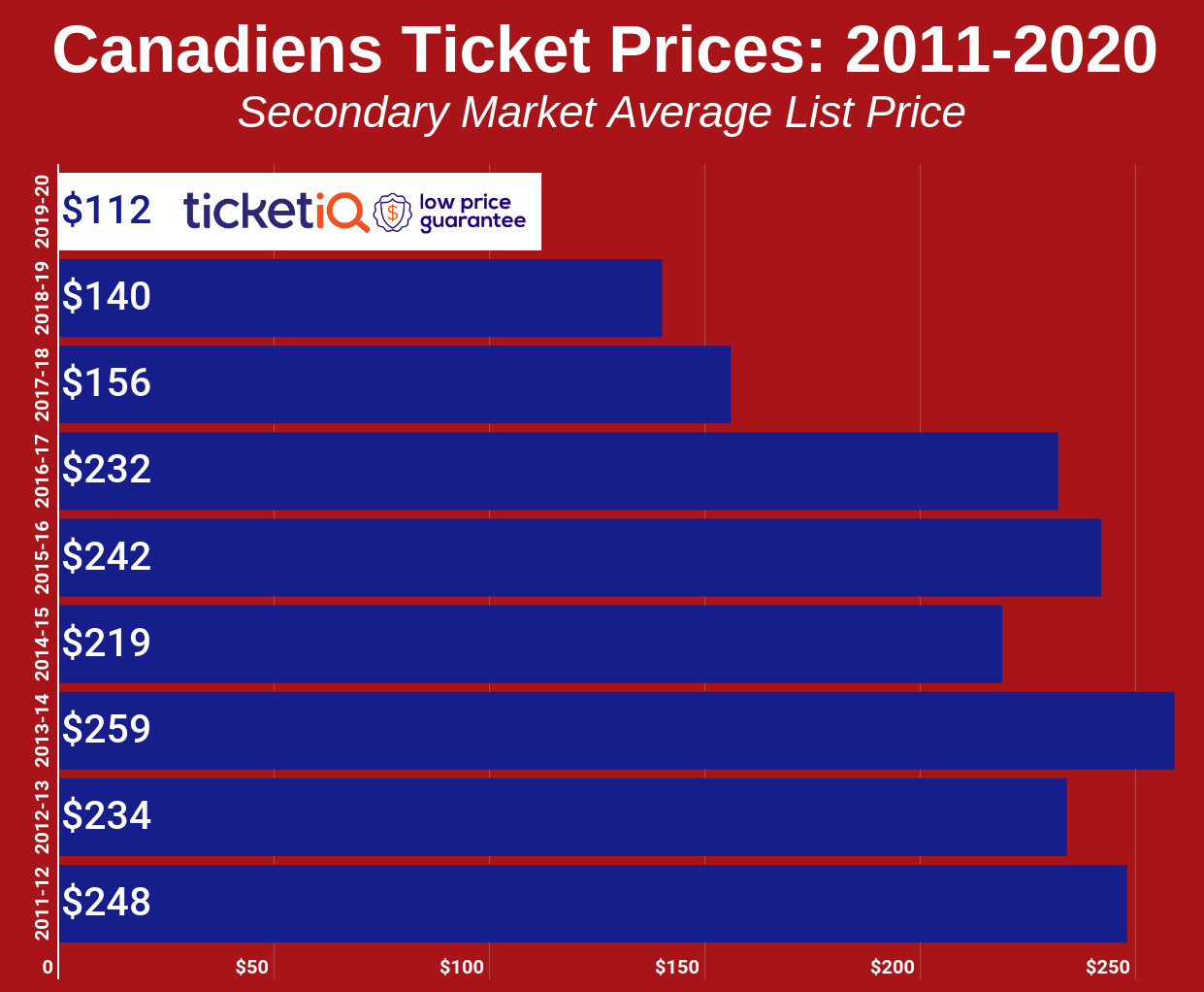 As of now, tickets are not available for Canadiens home games in 2021. Give us your email below for future updates on ticket availability and pricing:

Where to Find The Cheapest Canadiens Vs. Maple Leafs Tickets for 2019-20 Season

Rivals Montreal Canadiens and Toronto Maple Leafs play each other 4 times during the 2019-20 NHL season, with two games at ScotiaBank Arena and two games at Bell Centre.